How to tell if point is in water

Suppose you import a point to the map, representable as a single node. Like a shelter, a picnic table, a bench or anything else. An imprecision in points coordinates or in borders of water features already placed on the map may lead to situation when a node gets placed into water. 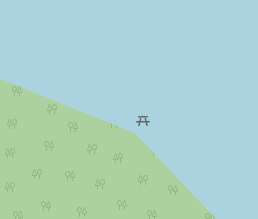 This is not uncommon for OpenStreetMap as many water bodies are still only roughly outlined after low-resolution satellite imagery available 10 more than years ago.

Regardless of what caused it, such node placement is untidy and confusing.

To address this situation fully automatically is problematic. To detect and inform a human about it should be easier.

So, given a pair of latitude/longitude numbers for a node and an existing map in some form, we want to determine with high fidelity (and in reasonable time) whether or not these coordinates point inside any water body.

For the case of OpenStreetMap, its contents is available in a form of data extracts which contain (multi)polygons for closed and open linear features, such as oceans, lakes, rivers, islands etc.

I do not have a working solution for it, so I can only outline some basic ideas of how I would approach the problem in an honest manner.

The resulting answer may be one of three alternatives.

I did not have time to code the above ideas into an algorithm. What is more problematic is the sheer number of polygons to be considered for each tested point. A quick and dirty solution in an interpreted language might turn out to be too slow for practical purposes.

Calculation of whether a point is inside a vector polygon is rather computationally intensive. It is much simpler to determine an answer when map data is raster. But wait, there already exists a representation of OSM data in a form of raster images — tile servers produce it!

Another solution was quickly outlined and implemented.

Yeah, this is cheap and dirty, as we basically relegate the most difficult part of the job to a remote computer. That’s the whole point of it.

Python code for this idea is embodied into this script.

Many things to consider 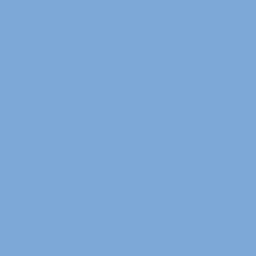 The official OSM tile servers are not meant to be continuously used in a manner described above. Therefore all sorts of remote issues can be reported instead of returning a valid tile image. One can expect timeouts for tiles that failed to be generated and are not in cache, timeouts for overloaded servers, limitation of bandwidth for clients hogging the network etc.

It helps to cache recently downloaded tiles on local file system so that repeating requests for same or close points will not have to wait for a remote reply.

Ideally, for serious usage you should install your own local tile server and to tune up its rendering style to best fit your goals. For example, no additional shading of water should be applied.

A local tile server will be also faster and more reliable to access.